Last updated on：3 months ago

I am confused about segmentation, localisation, and tracking from time to time. Therefore, I want to take some notes and summarise the differences among them. 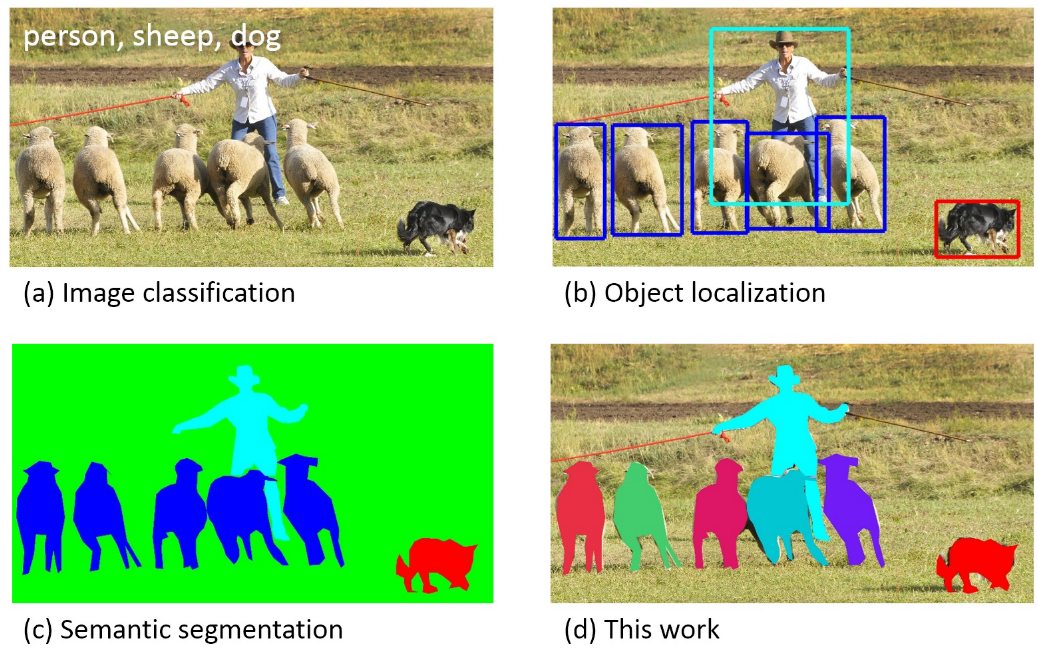 The task of object classification requires binary labels indicating whether objects are present in an image.

Object detection is also regarded as object localisation. Detecting an object entails stating that a thing belonging to a specified class is present and localising it in the image.

Labelling semantic objects in a scene requires that each pixel of an image be labelled as belonging to a category, such as a sky, chair, etc. In contrast to the detection task, individual instances of objects do not need to be segmented.

It is instance-level segmentation. In other words, every object will be extracted with a specific ID (sheep1, sheep2) and category (sheep, human).

The task is to segment individual object instances.